The North Carolina Zoo Rocky Coast Exhibit depicts the rocky coasts of the Pacific Northwest with their Seal/Sea Lion and Polar Bear Exhibits.

Robert Satchell was hired to do an evaluation of the existing freshwater Sea Lion and Polar Bear Exhibits. The evaluation led to Robert designing a new LSS to convert the Sea Lion Exhibit into a saltwater exhibit; improving the hydraulics in the tank, developing a saltwater recovery system next to an environmentally sensitive wetlands area, and finding and repairing leaks in the existing system that saved the North Carolina Zoo 3,000 gallons per day. The water leakage problem was determined to be from the skimmers being placed too low and the water was leaking out around the skimmers. Additionally, Robert designed a new LSS for the Polar Bear expansion and a new touch exhibit indoors which proved challenging due water elevations and space constraints.  See Photo Gallery 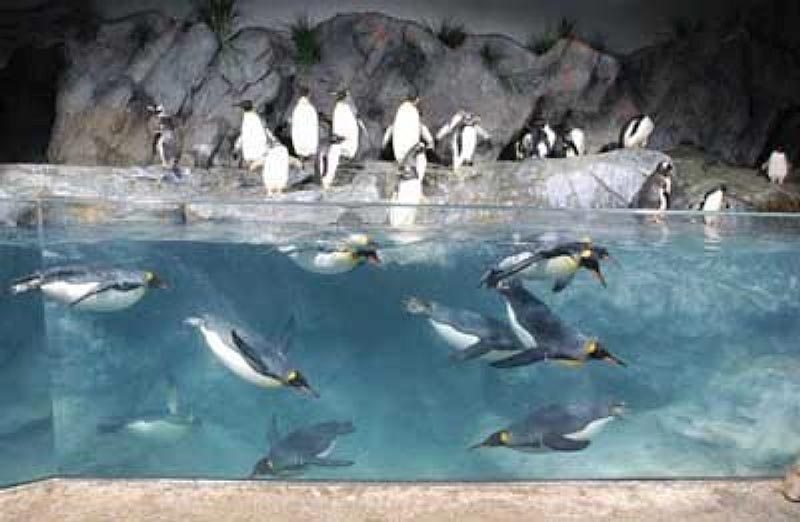