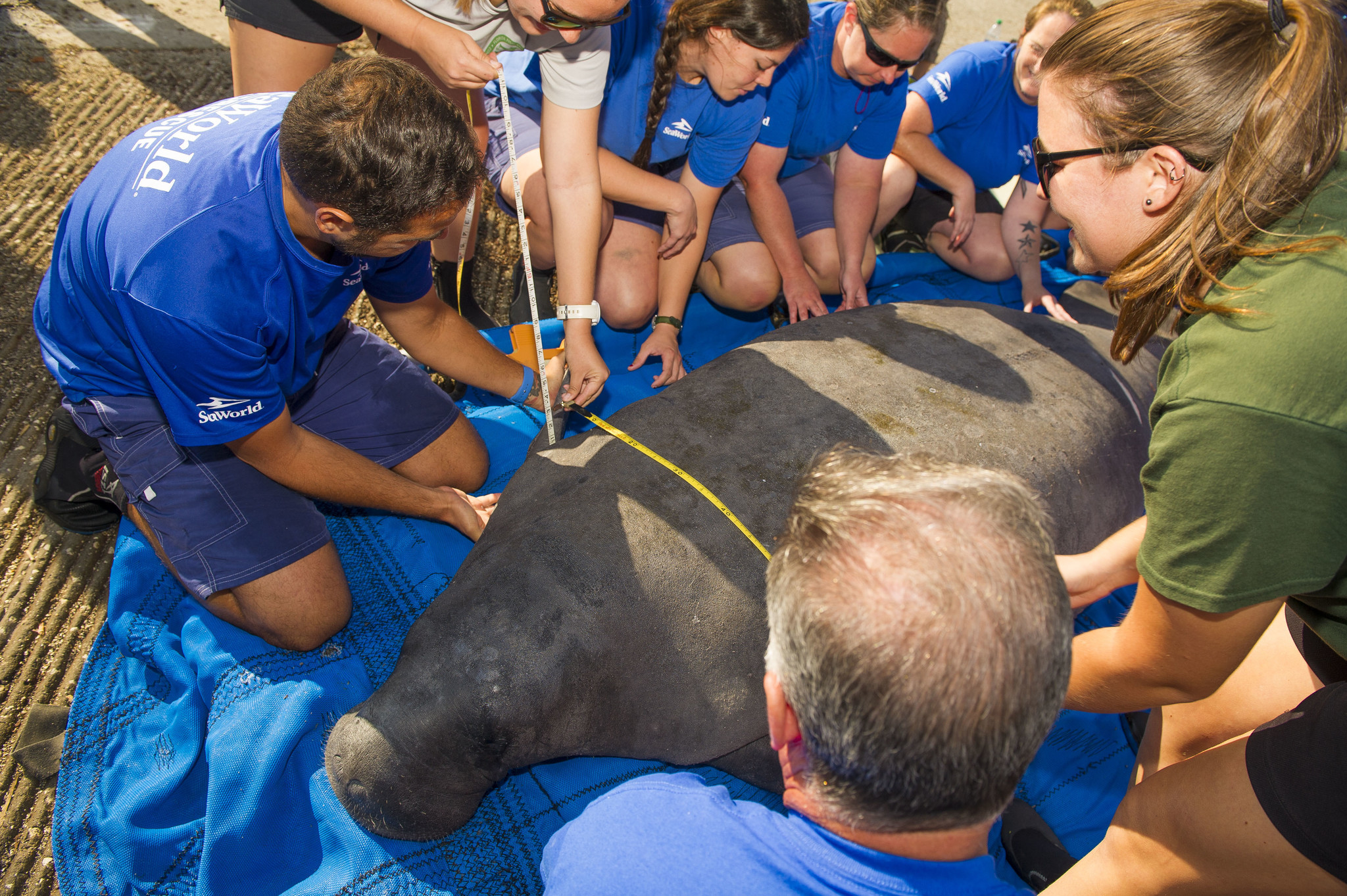 Washburn the wandering – and pregnant – manatee has been returned to the sea after receiving care at Sea World Orlando.

The theme park’s Animal Rescue Team and veternarians took care of the sea cow and her unborn calf for two weeks after she was flown to Orlando via U.S. Coast Guard plane from Connicticut.

Washburn was released into the water at River Breeze Park in Oakhill on Tuesday morning. She originally was rescued by the International Fund for Animal Welfare and sent to the Mystic Aquarium in Connecticut for treatment and stabilization.

She had been found in the Nantucked Sound of Massachusetts, where water conditions are too cold for manatees to survive. They are not native to that area.

While at SeaWorld, Washburn gained almost 90 pounds – topping out at 890 pounds – thanks to lots of lettuce. She had a complete physical and sonogram to check on her impending offspring. The Florida Fish and Wildlife Conservation Commission recorded her measurements and made a photo ID. The animal was fitted with a belt that will allow the monitoring of her path in the ocean.

Washburn is the 21st manatee that SeaWorld has rescued this year. Eighteen of those were returned to the wild.

Manatee numbers are up, according to the FWC. In Feruary, it announced that 6,250 manatees were counted in an aerial survey of Florida waters. There have been 91 manatee fatalities caused by boat strikes in 2016. Novemeber is Manatee Awareness Month, because many of the animals are migrating in search of warmer waters now.